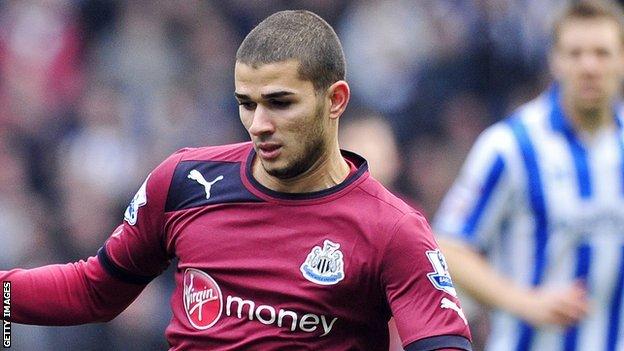 St Johnstone have signed Newcastle's Mehdi Abeid and Swansea's Gwion Edwards on loan until the end of the season.

Edwards and Abeid may play against St Mirren on Saturday and Maddison could begin training with St Johnstone next week if the deal is completed.

"Everyone connected with the club wishes him every success in the future," Saints said on their website.

The club also confirmed Hibernian had made an enquiry to sign Liam Craig before the transfer deadline instead of waiting until the summer to capture the midfielder.

Craig has signed a pre-contract deal with Hibs but the Perth outfit "politely rejected" the Easter Road club's enquiry.