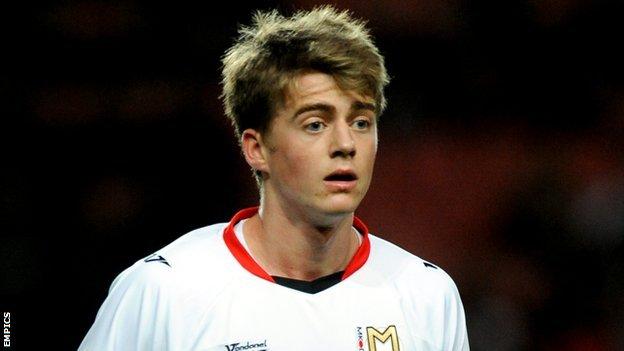 Chelsea striker Patrick Bamford has returned to MK Dons on loan until the end of the season.

The 19-year-old joined the Dons on loan in late November but injured his hamstring in only his second appearance and returned to Stamford Bridge.

He is continuing to receive treatment and is expected to be fit within two weeks.

"I am delighted to have Patrick back until the end of the season," MK boss Karl Robinson told the club website.

"He made a really big impression on the club in his short time here and I hope he can make a telling impact over the next few months.

"He is a talented footballer who adds great strength in depth to our attacking options and that was our aim in this transfer window.

"He is currently completing his rehab work with Chelsea but we had to act today in order to keep him for the remainder of the season."