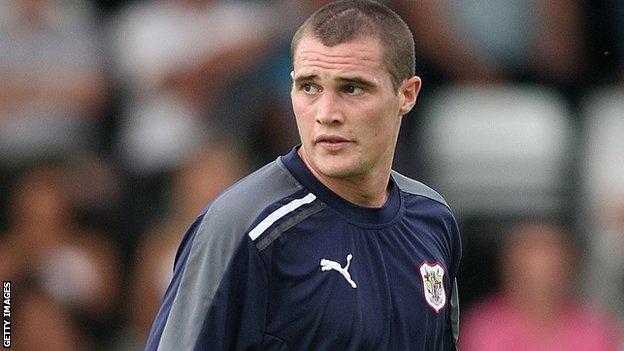 Midfielder Darren Murphy, who was a free agent after being released by Port Vale, is one of four new arrivals at Macclesfield Town on deadline day.

And ex-Chelsea goalkeeper Rhys Taylor, 22, has also signed for the Silkmen as cover for the injured Lance Cronin.

The Wales Under-21 international was most recently with Preston, where he had been on non-contract terms.

on an emergency loan for their FA Cup fourth-round tie against Wigan last weekend, after Cronin was ruled out with a broken thumb.

Previously, Murphy had won consecutive promotions from the Conference to League One with Stevenage.

Meanwhile, Arthur Gnahoua and Junior Konadu have left the Moss Rose on loan.

Striker Gnahoua has joined Blue Square North side Colwyn Bay, while Konadu has signed for Conference South side Chelmsford City.