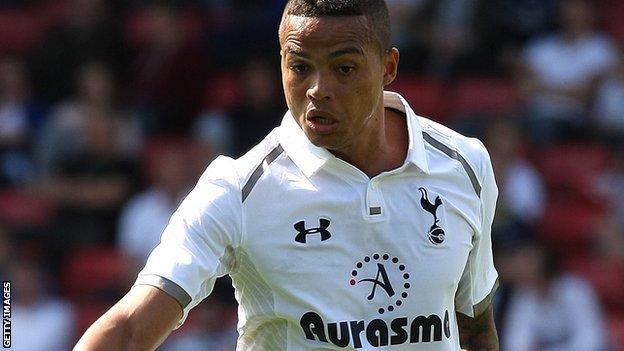 QPR have signed Tottenham midfielder Jermaine Jenas on an 18-month deal for an undisclosed fee.

Jenas, 29, was loaned to Nottingham Forest this season and will link up with former Spurs boss Harry Redknapp.

"The fact Harry's here is a big factor. There's a big challenge ahead for us to stay in the Premier League and I want to be part of it," said Jenas.

Leaving QPR is midfielder Alejandro Faurlin, who has joined Italian side Palermo on loan.

Earlier, Redknapp said about England international Jenas: "He's a good player, played for England, a good lad and has a good attitude."

Tottenham midfielder Andros Townsend has also joined QPR on loan until the end of the season.