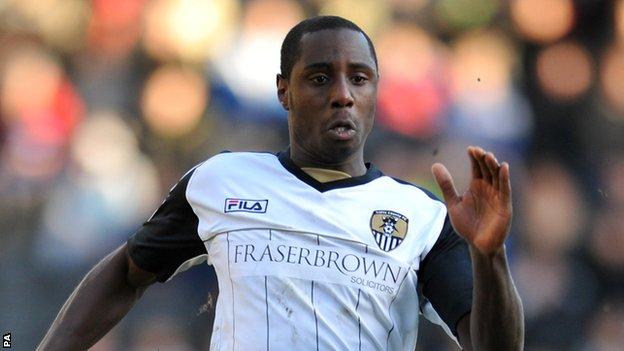 Sheffield United have signed Southampton forward Jonathan Forte on loan and free agent Barry Robson until the end of the season.

The 26-year-old came through the youth ranks at Bramall Lane, before leaving them for Scunthorpe in 2007.

They could make their debuts for Danny Wilson's side in Friday's home match against Coventry.

Sheffield-born Forte joined Saints in 2011, but has featured only 15 times, and has previously had loan spells at Crawley, Notts County and Preston.

"People will be familiar with Jonathan's talents and we are delighted that he has accepted our offer to come and play," Wilson told the club website.

"His goalscoring record is very good and hopefully he can improve that back in Sheffield with us - he is undoubtedly a player with great potential."