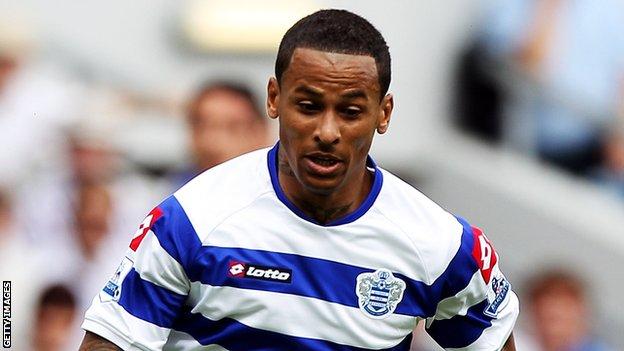 Rovers were close to signing the pair permanently on Thursday.

But they were unable to finalise their moves to the Championship club before the 23:00 GMT deadline.

"I don't see that they're completely dead by any stretch. I'm confident we can eventually get them in," Appleton told BBC Radio Lancashire.

"The fact we've been able to attract these players gives me a lot of hope. Time just gave up on us in the end. I think we did get there, but the clock just beat us to it.

"I spoke to them late on Thursday night and they made me feel very confident that something still would be done.

"If that is the case, then hopefully we can look forward to having them back in the building next week at some point and finally getting it over the line."

Campbell was reportedly a target for several Championship clubs, including and Ipswich, where he enjoyed a

Thomas, meanwhile, recently ended a loan stint at Leeds and has been involved in Albion's last three matches in all competitions.

Meanwhile, Blackburn allowed forwards Ruben Rochina and Diogo Rosado to leave the club on loan for the rest of the season.

Rochina, 21, has signed for Spanish side Real Zaragoza for the rest of the season, while 22-year-old Rosado has joined Portuguese giants Benfica.

Rochina had scoring five times in 22 games, but Appleton revealed that the former Barcelona youngster had asked to leave the club.

Earlier in the day, midfielder Simon Vukcevic had departed Ewood Park by mutual consent, while young strikers and joined Rotherham and Macclesfield respectively.