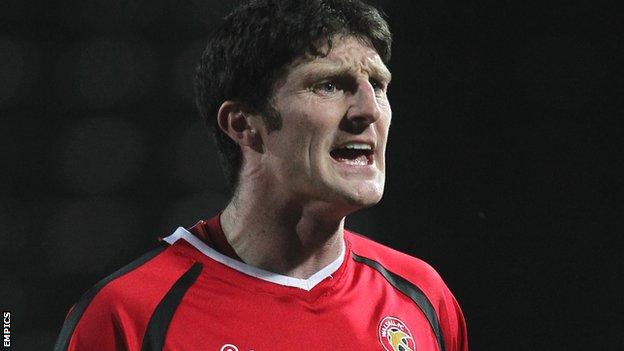 Ex-Preston and Manchester City striker Jon Macken has joined Stockport, while Mark Cullen and Jake Fowler have both joined County on loan for a month.

The trio are first signings.

Ex-Republic of Ireland international Macken, 35, cost City £5m in February 2002 and was a free agent after

Winger Cullen has played once for Hull this term, while midfielder Fowler is yet to make his Middlesbrough debut.

O'Donnell will remain at Edgeley Park until 16 April, while Jennings will stay up to 16 February.