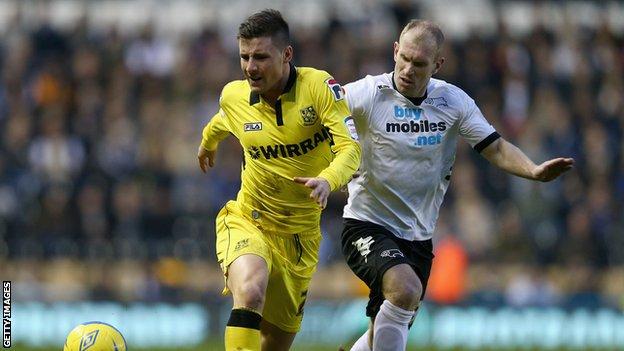 Michael O'Halloran will remain with Tranmere Rovers for the remainder of the season after he extended his loan spell from Championship side Bolton.

The 22-year-old forward initially joined the League One leaders in November and has played 12 times for Tranmere, scoring one goal.

"I'm pleased to be able to keep Michael for the rest of the season," manager Ronnie Moore told the club website.

"His pace is a weapon for us and his work-rate is fantastic."

Moore continued: "He adds to our attacking options as he can play out wide on either wing and down the middle. I'd like to thank Bolton Wanderers for letting Michael stay and hopefully they feel he is improving in his time with us."