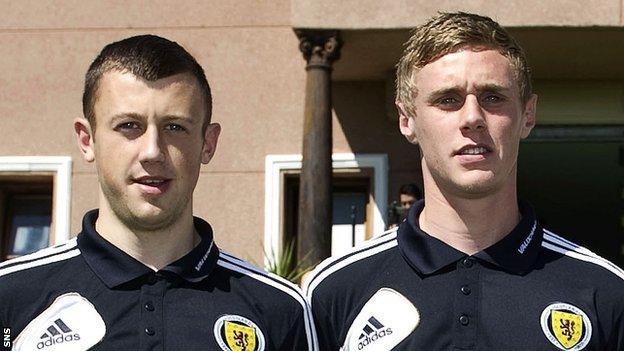 Goalkeeper Hamilton and forward Carrick have signed up until 2014 until while full-back McHattie is contracted until the following year.

The players' agent told BBC Scotland: "The boys are thrilled to have their long-term futures at Hearts sorted out.

"It's the best place for a young player to play in Scotland just now and they look forward to a successful future."