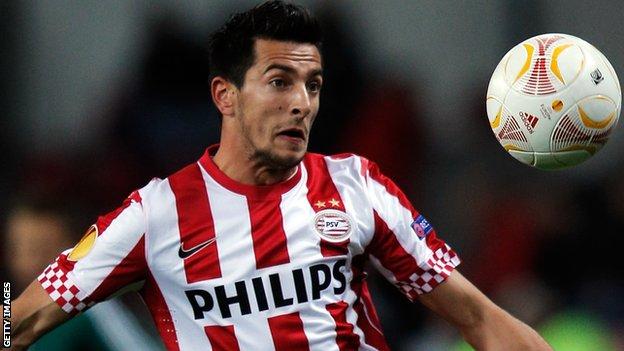 Fulham have completed the signing of Bulgarian defender Stanislav Manolev on loan until the end of the season.

The 29-year-old right-back, who has won 29 caps for his country, joins from Dutch club PSV Eindhoven, but Fulham also have an option to extend the deal by a further two years.

Manolev said: "I came here to play but I know I have to fight for my place.

"I am looking forward to playing in the Premier League because I believe it is the best in the world."

He added: "I know (Fulham manager) Martin Jol already because when I came to Holland, we played against Ajax when he was their coach.

"I hope if I play well here then I will be able to stay beyond the summer."

Jol has already bolstered his squad with the loan signings of Arsenal's Emmanuel Frimpong and Urby Emanuelson from AC Milan.