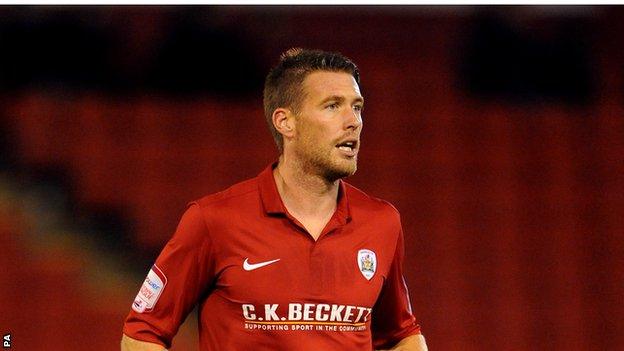 Shrewsbury Town have signed defender Rob Edwards from Championship side Barnsley on a one-month loan deal.

The 30-year-old has failed to make an appearance for the Tykes this campaign and was sent on loan to League Two Fleetwood earlier in the season.

Edwards could provide cover for fellow defender Jermaine Grandison, who is sidelined with a hip injury.

"To get someone with his experience is a big boost to the squad," boss Graham Turner told BBC Radio Shropshire.