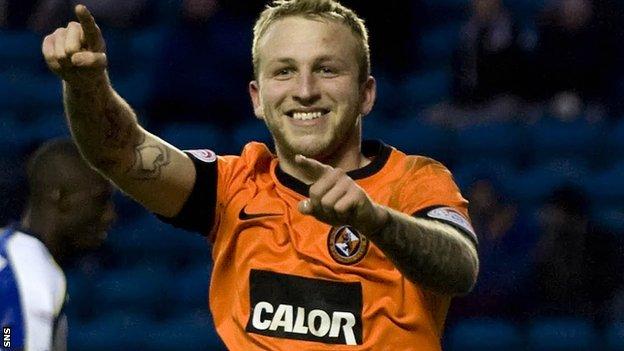 Dundee United have turned down a bid from Sheffield United for Johnny Russell, BBC Scotland has learned.

The League One side's deadline day offer, believed to be around £400,000, is well below United's valuation.

Championship team Burnley were also believed to be interest in 22-year-old Russell, who has scored 14 times for the Tannadice club this season.