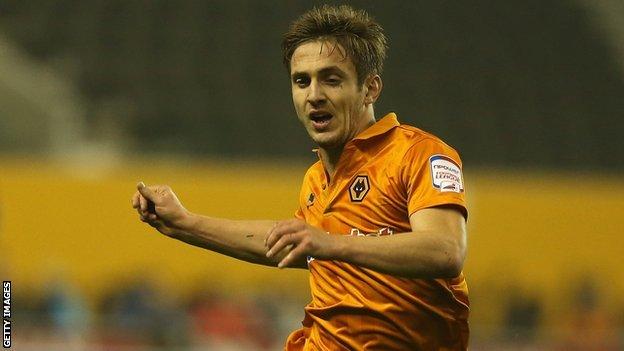 Celtic have had a transfer deadline day bid to sign Wolves striker Kevin Doyle on loan turned down.

Wolves manager Dean Saunders confirmed that a bid to sign the player until the end of the season was rejected.

Trelleborgs keeper Viktor Noring was pictured arriving at Celtic Park for talks but the Scottish club have not confirmed whether a deal has been done.

Gary Hooper looks likely to stay with Neil Lennon's side after Norwich City were unsuccessful with several bids.

One rejected bid for the striker is believed to have taken place on transfer deadline day.

The 25-year-old has scored 73 goals since arriving in Glasgow in 2010 and his tally so far this season stands at 22.

Initial offers of under £6m fell short of Celtic's valuation of the former Scunthorpe United player.

And manager Neil Lennon was adamant he did not want to lose Hooper.

Speaking on Twitter, Lennon denied reports that a late fifth bid had been received and re-iterated his stance that Hooper was "NOT for sale".

Noring, 21, has one been capped once for Sweden and has been with Trelleborgs since 2009, having a loan spell at Malmo last year.