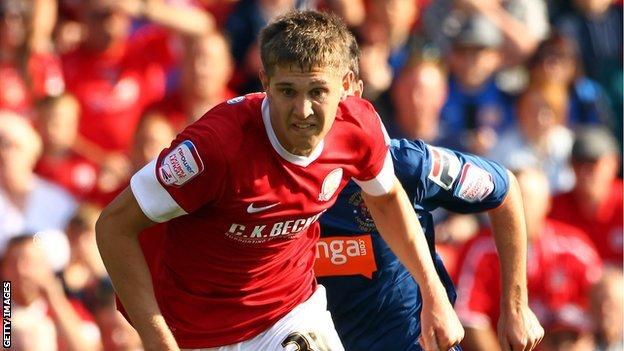 Everton have signed Barnsley's England Under-19 defender John Stones on a five-and-a-half-year deal for a fee thought to be about £3m.

A deal was agreed between the two clubs on Thursday before Stones, 18, agreed personal terms and passed a medical.

"I am very excited to be joining. Now the hard work begins," said Stones.

Meanwhile, Everton's former France under-21 midfielder Magaye Gueye, 22, has joined French club Stade Brest on loan until the end of the season.

He made his Barnsley debut in December 2011 at the age of 17, going on to make 28 appearances for the Tykes and scoring his first goal in a 4-3 League Cup victory over Rochdale in August.

His England Under-19 debut came in a 3-1 defeat by Germany in September.