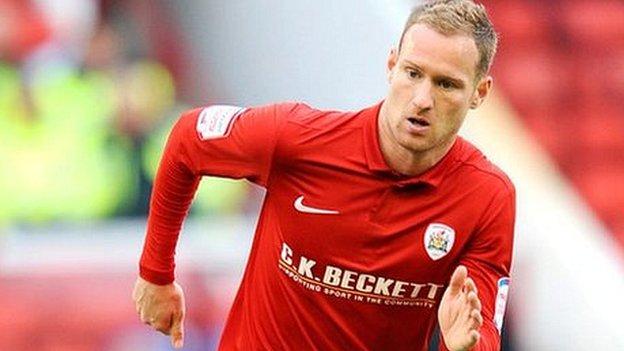 Hibs have signed Barnsley winger Matt Done on loan until the end of the season.

Done has made 14 appearances for the Championship strugglers this season and can play as a left-sided midfielder or just off a striker.

Fenlon said: "He's exactly what we were looking for - a quick, skilful winger with an eye for goal."

The former Rochdale, Hereford and Wrexham player has scored four goals for Barnsley since signing for them in the summer of 2011.

"This is a good opportunity for me and I'm looking to make an impact.

"I believe I've developed as a player after spending the past season-and-a-half in the Championship with Barnsley.

"But I've not played as much as I would've wanted to this season, so hopefully I can play well for Hibs and earn a regular place in the starting line-up."