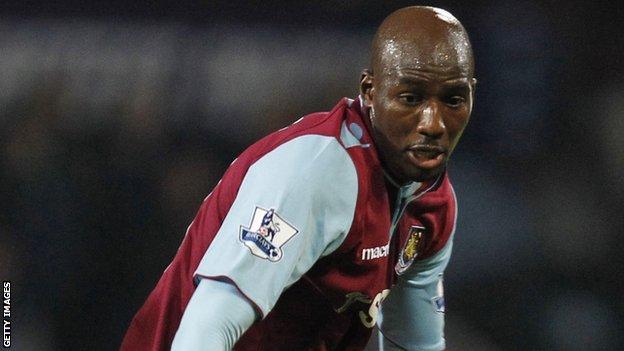 West Ham midfielder Alou Diarra has joined French club Rennes on loan for the rest of the season.

The 31-year-old moved to Upton Park for £2m from Marseille in August but has struggled to settle in England.

Earlier this month, he criticised manager Sam Allardyce, saying: "I have a three-year contract. I'm not unhappy financially, but I came to play, not to take an early retirement."

Diarra made just six appearances for the Hammers this season.

He has won 44 international caps and has spent the majority of his career in France.

Diarra spent three years at Liverpool but did not play a game for the club, completing loan spells with Le Havre, Bastia and Lens in that time.