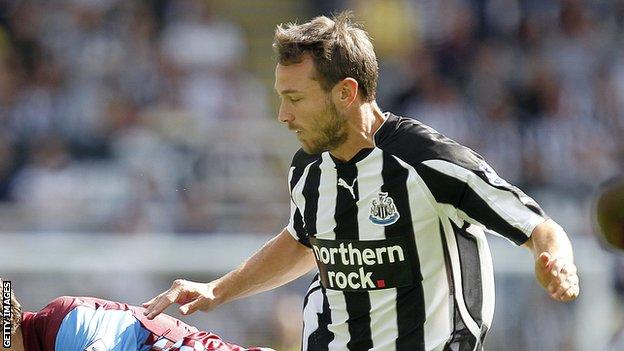 Newcastle striker Xisco has left the club by mutual consent and joined Spanish side Cordoba.

The 26-year-old joined the Magpies from Deportivo La Coruna in September 2008 in a £5.7m deal.

But he only made 11 league and cup appearances, scoring one goal, and had loan spells at Racing Santander and Deportivo.

His last appearance for Newcastle came as a substitute in a 6-0 win over Aston Villa on 22 August 2010.

Xisco's only goal in England came on his Newcastle debut, a 2-1 home defeat by Hull City on 13 September 2008.