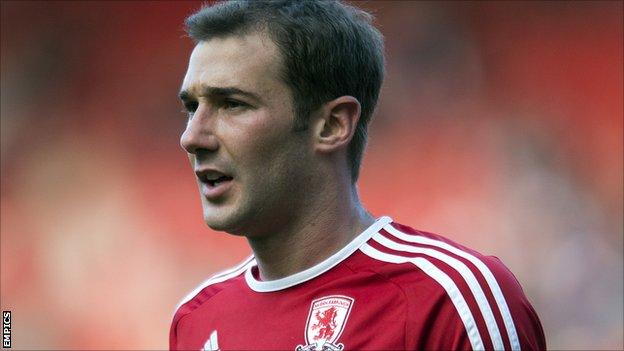 The 28-year-old has been plagued by injuries since moving to the Riverside from Rangers in July 2010, limiting him to just 56 appearances.

He broke his leg just a month after joining Boro and has also struggled with calf and hamstring problems.

While at Rangers, the Edinburgh-born player won two league titles, and also played in their 2-0 Uefa Cup final defeat by Zenit St Petersburg in 2008.