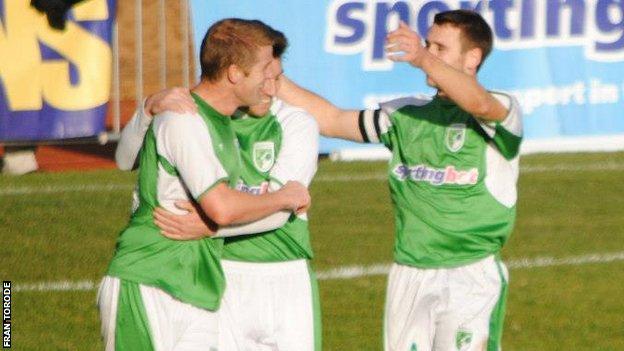 Guernsey have played just one home game since December as the bad weather plays havoc with their schedule.

Boss Tony Vance after visiting the ground earlier in the week.

Guernsey have played just one home game since December as the at their ground, which they share with the island's rugby club.

"Being so many games behind we need to get three points every single time to try and get ourselves back in the mix."

Guernsey are sixth in the table, 12 points off top with six games in hand.