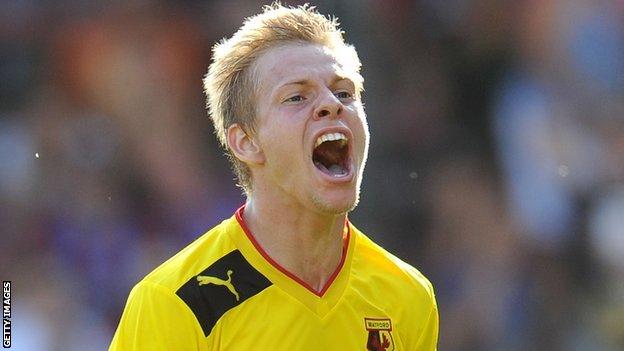 The 20-year-old Czech is on loan from Watford's sister club Udinese - both teams are owned by the Pozzo family.

Vydra has scored 18 goals in 30 games for the Hornets and there were reports Udinese were willing to sell him.

"We're looking forward to seeing him signing a permanent deal with us. Hopefully it will be soon," Zola told BBC Three Counties Radio.

"Certainly the Pozzo family cares about this club a lot. The fact that they want to see this club progress certainly helps.

"I'm sure we will be looked after by them and I think they are showing that."

Watford would not be able to buy Vydra from Udinese until the transfer windows re-opens in the summer, although technically the Serie A club could release the forward at any time, allowing the Hornets to sign him as a free agent.

Fernando Forestieri, another Udinese loanee, has already from the Italian club to Vicarage Road.

The Pozzos also own Spanish outfit Granada and Watford have taken a total of 11 players from both clubs this season.