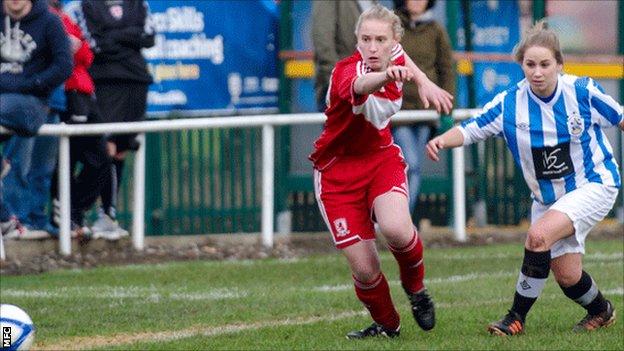 Middlesbrough Ladies captain Sammie Leigh has said Sunday's FA Women's Cup tie against Sunderland is a chance to test themselves against top opposition.

Boro play in the Northern Combination, two tiers below their top flight opponents who were finalists in 2009.

"It's a massive opportunity for the girls to challenge ourselves against one of the best teams in the country," Leigh told BBC Tees.

"We're in a position to test ourselves and see what we can do."

However, Mick Mulhern's side will travel to Thornaby to face a Boro side who ensured progress with a 4-1 win against Huddersfield in round two.

"It's not daunting, we've got to approach the game with the same attitude we do every week," Leigh said.

"There's a new challenge, a new task and we've got the right mentality to go into the game."