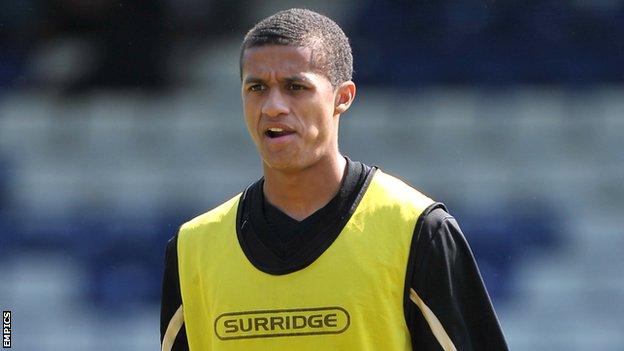 Barnsley have signed defender Andrai Jones on an 18-month deal.

The 21-year-old was a free agent after and has played for Everton and Preston's youth academies.

Jones, who had a loan spell at Altrincham in 2010, made 11 appearances for the Shakers this season, but has only played twice since September.

"He's gone under the radar," Barnsley boss David Flitcroft told the club website after the deal was completed.

"I look at Andrai and there's so much untapped potential," Flitcroft added of Jones, who

"I think the successes of last season and this season with Dave Perkins, Chris Dagnall, Steve Dawson, Scotty Golbourne, Doney, I'm not going to be told that League Two and League One Players can't play in the Championship. It takes time, but it can be done," Flitcroft added.