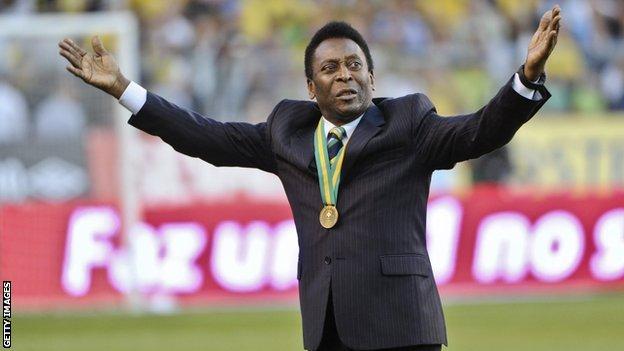 Brazilian legend Pele has pulled out of a visit to England because he is recovering from a hip operation.

The three-time World Cup-winner had planned to attend England's international friendly against Brazil at Wembley on Wednesday.

He was also going to be guest of honour at the Football Association's awards ceremony on Sunday, part of its 150th anniversary celebrations.

"I'd like to send my sincere apologies," Pele said.

"I will come visit England soon, and I also look forward to seeing all of you next summer here in Brazil [for the World Cup].

"I would like to wish The FA a very happy 150th anniversary."

The FA is launching its inaugural England Awards at its new National Football Centre on Sunday, where gongs will be handed out to the men's, women's and disability teams.