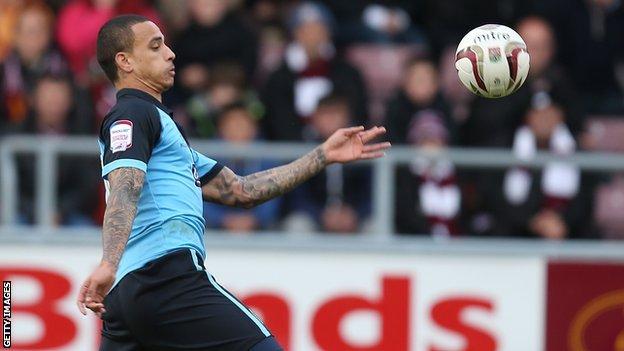 Morgan's first spot-kick came in the third minute after he was fouled by Scott Kerr and he then repeated the trick on the stroke of half-time when Jamal Fyfield barged over Joel Grant.

Wycombe's third came from a superb solo effort by Grant just before the hour.

The Minstermen, without a win in six matches, are now just seven points clear of the relegation places after conceding four goals for the second week running.

Wycombe moved up to 11th, within five points of the League Two play-offs.

"It was a great result, we've probably actually played better in other games than we did today.

"Some of the boys were on three-quarter tanks after Monday's game.

"It was a great performance and great result. In the second half we really turned the screw.

"I'm so pleased we're in the top half of the table, the lads deserve it."

"We were obviously very disappointing from start to finish today.

"We're committing suicide at the moment, we're giving goals away and don't look like scoring.

"We'll get ready for the next one and move on.

"The players that are at this football club now have to stand up and start winning football matches."