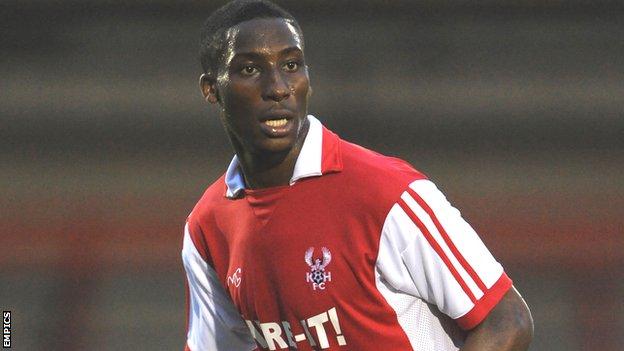 Kidderminster maintained their position in the promotion play-off picture with a deserved home win over Cambridge.

Cheyenne Dunkley put Harriers ahead by stabbing home Anthony Malbon's pass and Marvin Johnson made it 2-0 with a low angled drive past keeper Craig Ross.

Josh Gowling's own goal gave Cambridge a lifeline but Malbon netted his first goal for 17 games after the break.

The hosts wasted chances to make the game safe but Michael Gash's header was only a consolation for Cambridge.

"Kidderminster are the best team I have seen at this level. We gave away bad goals and the third goal you wouldn't want an under-10 team to concede.

"It was a killer, and such a poor goal from experienced players.

"We said a half-time that we had given ourselves a lifeline but 3-1 down was a tough ask against this team.

"We have worked extremely hard to reduce the wage bill significantly so to say that we have gone from fourth-bottom to eighth in the table whilst doing it is credit to the players.

"But we do look short of one or two which we hope to bring in before the next game."