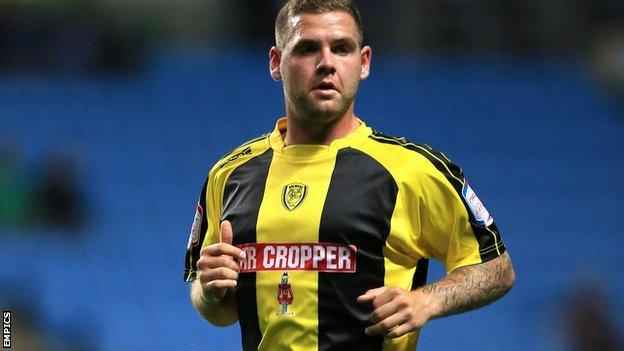 Kee fired a low effort into the bottom corner to open the scoring.

David Noble picked up a second yellow for a foul on Jacques Maghoma, before Kee doubled Burton's lead with a fine finish from outside the box.

The Millers were reduced to nine men when Michael O'Connor brought down Maghoma, but Michael Symes's resulting penalty was saved by Andy Warrington.

The second red card prompted unrest in the away end, with several Rotherham fans being led away by police after throwing bottles in the direction of referee Eddie Ilderton.

"The referee was totally obnoxious, rude and embarrassing and we'll speak to the Football Association on Monday.

"Separate to that, I think he'll be disappointed with his performance.

"The words he used staggered every one of us, but he's easy to blame.

"Maybe some of the decisions have gone against us today, but if the benchmark is Burton, over the next 18 games I'm sure we'll be there."