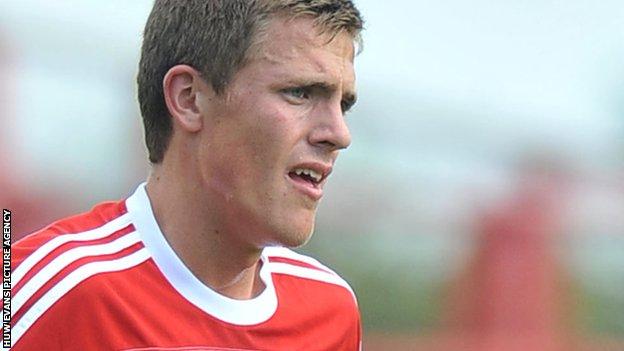 Goals from Joe Clarke, Danny Wright and Rob Ogleby secured victory for title chasing Wrexham over Stockport at the Racecourse.

Wrexham were ahead after eight minutes when Johnny Hunt's cross found Clarke, who smashed the ball home with his left foot.

Stockport piled on the pressure and had a goal disallowed but late goals from Wright and Ogleby wrapped up the win.

Stockport's late goal meant Wrexham missed out on the chance to return to the top of the table as outright leaders.

"It was difficult. I thought in the first half we were good and deserved our lead and probably could have had a couple more had we taken our chances.

"Then in the second half for 20-25 minutes we got outplayed and I haven't said that very often. I thought they were great and we couldn't keep the ball.

"But we managed to dig in and see that through and I always thought we were going to get chances against them with the threats that we pose.

They'll probably be a little bit disappointed not to come out with anything but a sign of a good team is to win when you're not playing great.

"We'll drop points to teams worse than them. They're in a bit of a false position down there because they've got some good footballers."