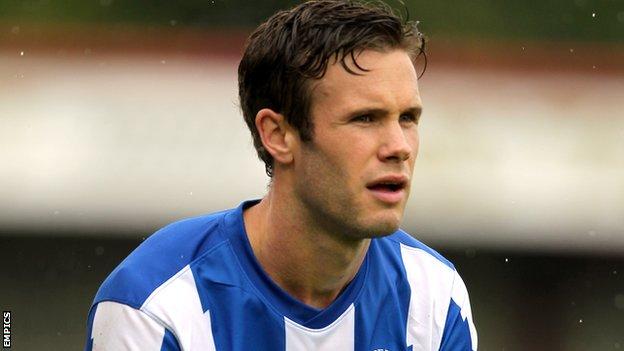 Simon Ferry gave the hosts the lead in the first half, sliding in Gary Roberts's centre.

Goalkeeper Scott Flinders twice denied Adam Rooney and produced a stunning save from a Roberts shot as Swindon looked in vain for a second.

But after a sustained period of pressure, ex-Robin Monkhouse tapped in from close-range to rescue a draw.

Hartlepool remain at the foot of the table - 12 points from safety - while Swindon are one point off the summit but stay in third.

"The lads are the protagonists. If they think they are donkeys then hopefully we will improve.

"The problem is when they feel arrogant. They have to feel hurt.

"They have been amazing but for this specific game they have to blame themselves.

"They have to say 'we were stupid and like donkeys' today."