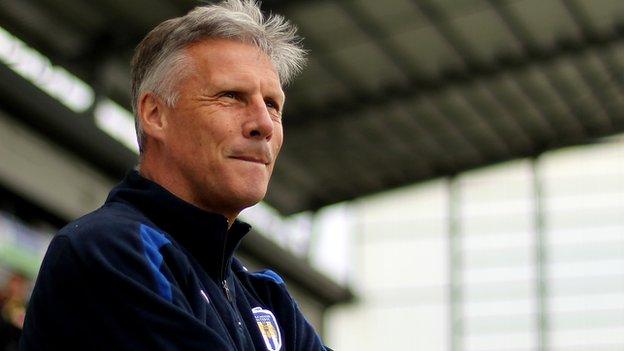 After defending stoutly in the first period, the visitors struck first early in the second half.

Ryan Brunt was fouled in the box by Jake Wright, Lee Brown tucked away the resulting penalty past Luke McCormick.

Eliot Richards doubled their lead late on, finishing after a quick free-kick from David Clarkson, to make it 13 points from a possible 15 for Rovers.

"It was an exceptionally hard effort from the boys. It was our third game in a week.

"Oxford came in to this one game-free, so it was a massive task for us.

"We had to battle our way through this one and we've done it really well.