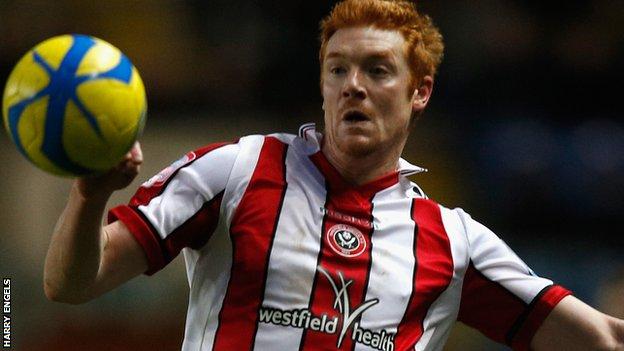 Sheffield United kept in the promotion hunt by beating Shrewsbury, their first League One win since Boxing Day.

Dave Kitson made it two with a powerful 25-yard strike into the bottom corner which gave Chris Weale in the Shrewsbury goal no chance.

Stephen McGinn grabbed a consolation when his 35-yard free-kick crept in after he had been fouled by Kitson.

"We were strong and comfortable, in terms of how we got on the ball, and we played very well at times in possession.

"We controlled large parts of the game. I never felt for one minute that we would concede a goal, apart from that one in the fashion we did.