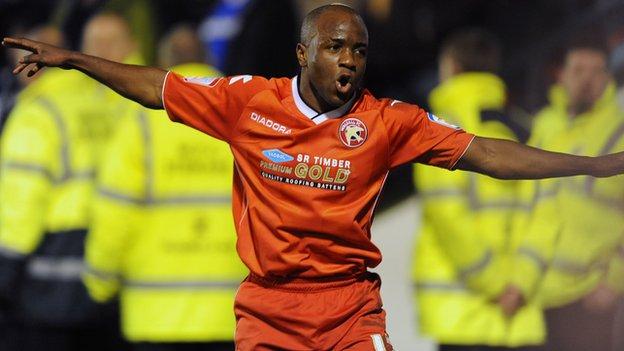 Walsall were a goal up inside 72 seconds, skipper Andy Butler heading home from close range.

Rovers levelled in the 16th minute when Billy Paynter fired home his eighth goal of the season.

But Brandy struck nine minutes from time to keep the Saddlers in contention for the League One play-offs.

Walsall, who have now won six of their last seven games, remain within four points off the play-off pack.

Doncaster missed their chance to go top, leaders Tranmere Rovers having been beaten by the same 2-1 scoreline at Leyton Orient.

"Last week's events at Bury... I thought that was a one off game for us.

"Unfortunately it wasn't. I spotted some danger signals and they have to be dealt with immediately.

"Now the most important thing is the word 'galvanise', that's what we have to do now.

"We have to get back to doing the right things."