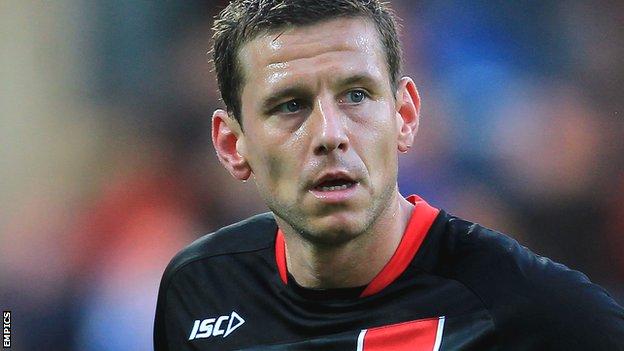 Charlie MacDonald's first goal for the club helped Orient to victory over an out-of-sorts Tranmere, who nevertheless remained top of League One.

Rovers goalkeeper Owain Fon Williams then saved a Martin Rowlands penalty, but the veteran midfielder redeemed himself with a 25-yard volley.

Michael O'Halloran turned in a Danny Holmes cross to give Tranmere hope but the home side held on for the win.

Tranmere's centre-back partnership Ash Taylor and Donervon Daniels had already been forced into early blocks before the home side went in front through former MK Dons man MacDonald.

And Rovers were indebted to Fon Williams for preventing further first-half damage, denying Rowlands from the spot after Taylor had brought down Cox inside the area.

In attack, the visitors missed the presence of suspended front man Jean-Louis Akpa Akpro and did not threaten Jamie Jones's goal until the second period.

David Mooney could have extended Orient's margin of victory, but his header was disallowed for offside.

At the other end, Holmes could have earned Rovers a point in stoppage time, however his long-range strike was well stopped by Jones.

Doncaster and Swindon failed to win their respective games on Saturday, meaning Tranmere stay top on goal difference, while Russell Slade's men climb into the top half of the table.

"It was disappointing. We were second best all afternoon and we were weak from set-plays.

"It's a shame really, because if we're not careful, we're going to let something slip that's been something special.

"You can say that Jean-Louis Akpa Akpro didn't play and James Wallace play, but Wallace hasn't played for a long time. That was unacceptable from us.

"When we concede a goal, we look like conceding two or three. We're too soft-centred."