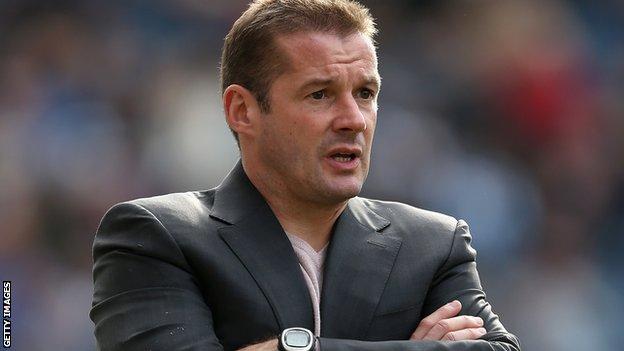 Preston North End manager Graham Westley believes he will be given the time to build a successful side.

The club have not won at home in League One since 29 September and were on Saturday, leaving them 17th in the table.

"But my personal view is that the club is intelligent enough to understand that when you're in the building process, you have to build."

The former Stevenage boss continued: "When you're building a house - if rain comes in because the roof isn't on yet, you've got to be patient and give people time to do the job.

"I've always built winning teams and I've got no doubt I'll go on to build a winning team here. But I understand everybody's frustration about the results we're getting."

Westley oversaw a significant overhaul of the squad during pre-season, with 21 players either released or allowed to find new clubs, and 15 new faces brought in.

North End enjoyed a but a winless streak of 11 home league games has resulted in their slide down the table.

When you're building a house - if rain comes in because the roof isn't on yet, you've got to be patient and give people time to do the job

The 44-year-old continued: "I've been given a job to do at Preston. I've come in and inherited a difficult situation, I've wiped the slate clean and put together a new group.

"The difference between ourselves and winning on a consistent basis is very slight. The players are evolving and developing.

"Results are disappointing and I'm not going to pretend they're anything otherwise, but the team are playing for each other and for the football club.

"Anxiety is the big issue with the team. It's only natural and it's something you overcome.

"When you go on the type of run we've been on and you're so desperate to do well, it does breed a little bit of anxiety.

"But at the same time, you have to say Shrewsbury's goal led something of a charmed life. On a different day, we end up winning 3-0 or 4-0, rather than losing 2-1."