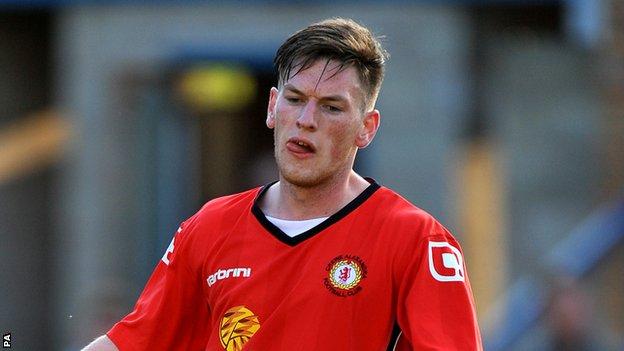 Tootle, 22, has made 128 league appearances for the Alex since coming through the club's youth ranks.

I'm just glad I've proved I can do it at League One level, that's what they said to me

And 21-year-old Davis, the son of Crewe manager Steve Davis, and has played 35 times for the Alex so far this season.

"Financially they were miles behind everyone else - to enable us to bring them closer, we've put the extra year on," boss Davis told BBC Radio Stoke.

"It's great for both parties - the players are happy to sign them because of what we've offered them and we're happy to keep them longer."

Meanwhile Tootle, who was a member of the Crewe side that won promotion to League One last campaign, says Crewe - currently lying five points off the play-offs - have the potential to achieve back-to-back promotions.

"I'm just glad I've proved I can do it at League One level, that's what they said to me," Tootle said.

"We got through January not losing [Luke] Murphy or anyone else, so I think we've got a chance of going up."