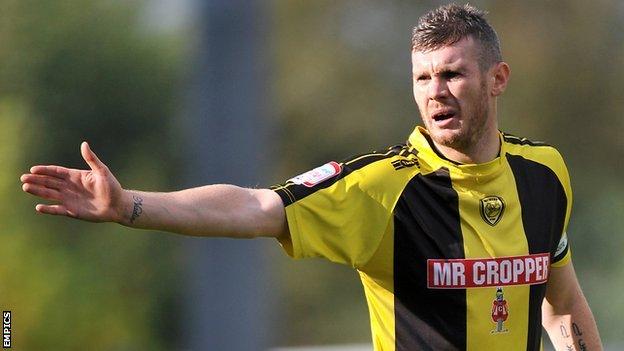 Burton Albion manager Gary Rowett will consider appealing against Zander Diamond's sending off in the 1-1 draw with AFC Wimbledon on Saturday.

Rowett will review match footage for evidence that his captain did not head-butt Pim Balkestein with 15 minutes of the game remaining.

If the decision is not overturned, Burton will be without the defender for the next four matches.

"I think the referee, if he saw any sort of contact, reacted to the way he went down.

"I would be very surprised if Zander had head-butted Balkestein - we will appeal it. We're trying to get the footage to show it to the referee.

"What was particularly disappointing for me was that there were one or two strong challenges in the first half, with arms flailing, which we mentioned to the referee at half-time, and I didn't think he dealt with that particularly well."