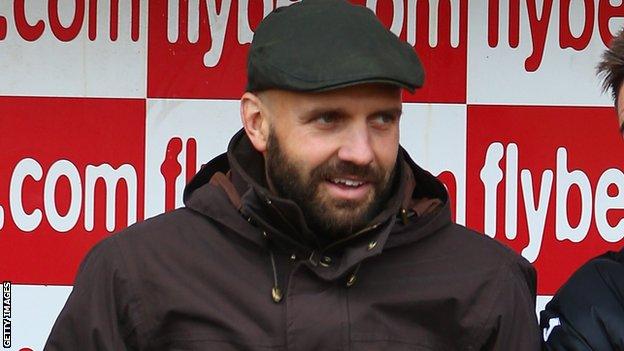 Tisdale recalled Jamie Cureton and Guillem Bauza for the match, after leaving them on the bench for the 1-0 loss to their Devon rivals.

"It makes a nonsense of all the comments we had on Monday night of not playing with an out-and-out striker.

"We had probably three times the shots on goal on Monday night," Tisdale said.

The game against Aldershot was City's first goalless 90 minutes since

And despite mustering only two shots on target, Tisdale was satisfied with his side's performance.

"I think we did quite well, tried to build something in the second half and became more attacking as the game went on.

"We played against a side who are tough and resilient and it was very hard to penetrate on a pitch you couldn't pass on," he added.