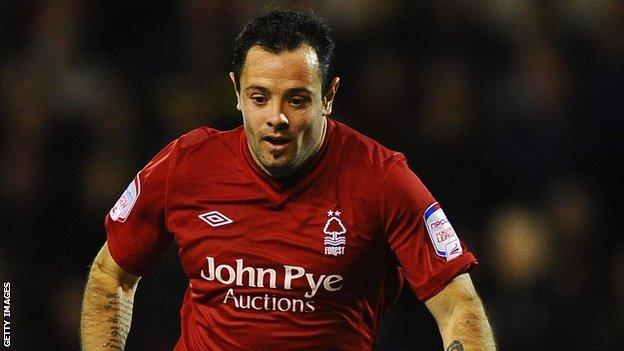 Nottingham Forest midfielder Andy Reid says manager Alex McLeish is the right man for the job and has backed him to stay at the City Ground.

McLeish said it was "business as usual" before Monday morning's training session in an effort to allay speculation that he would resign after little more than a month as boss.

Reid said McLeish has the support of the players.

I've enjoyed working with him since he has come in and it would be very, very disappointing if he did leave

"Everyone is happy with how he is - an honest, straight manager," Reid said.

"For me, as a footballer, that is all that you want because that is how I feel I am as a player.

"I've enjoyed working with him since he has come in and it would be very, very disappointing if he did leave. I have no reason to believe that is the case - as far as I know he is the manager and really good one."

Chairman Fawaz Al Hasawi has said he has a good relationship with McLeish, but speculation about the future of the former Aston Villa manager's tenure has intensified after the club missed out on several key transfer targets last week.

A deadline-day deal for George Boyd fell through in unusual circumstances, and, to add insult to injury, another target Chris Burke scored both goals in Birmingham's 2-1 win over Forest at St Andrew's on Saturday.