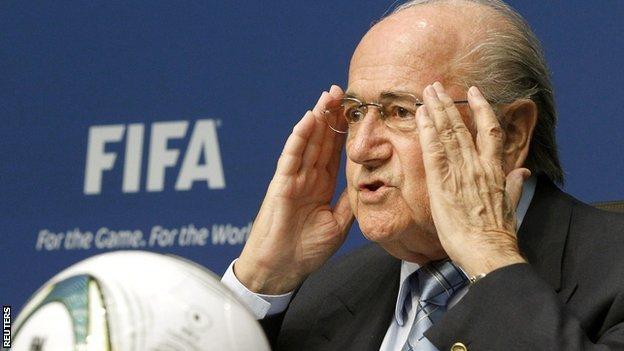 Football's rule-making International FA Board has been asked by Fifa, the sport's governing body, to clarify the offside rule when they meet next month.

Fifa wants it made clear whether a player in an offside position is interfering with play or not.

The current rule mentions players can be interfering with distracting "gestures or movements".

But Fifa wants the wording simplified to take out any room for a referee's interpretation or opinion.

At present, Law 11 states a player is interfering by "clearly obstructing an opponent's vision or movements, or making a gesture or movement which in the opinion of the referee deceives or distracts an opponent".

Fifa wants that changed to a player interfering by "clearly obstructing an opponent's vision or challenging an opponent for the ball".

Ifab will meet in Edinburgh on 2 March when they will also discuss the use of goal-line technology, which was trialled at the Club World Cup in Japan last December.

It is understood that all the goals scored at the competition were registered correctly by the equipment.