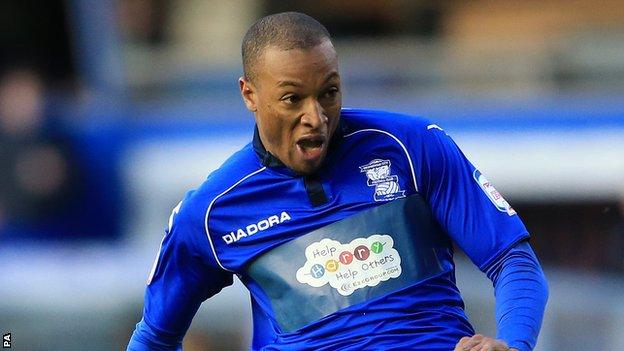 Wes Thomas says he wants to stay at Birmingham on a permanent basis after joining on loan from Bournemouth.

Thomas, 26, already had two other loan spells this season before moving to Blues until the end of the campaign.

"It comes down to how I perform - hopefully I can put in the results to win a contract here," he told BBC WM.

"I would be buzzing if I was able to stay here. I think if this club can sort out the problems it's got, it would be a massive club to sign for."

Bournemouth manager Eddie Howe had wanted to keep the striker at Dean Court, but revealed that Thomas had a desire to leave the League One side.

And Thomas said there were other deals for him which did not materialise before Birmingham decided to make their move.

"There was other stuff which I thought was going to come up, but it didn't," he commented.

"This one just came out of the blue, and it's a massive club and I didn't want to turn down the chance to come here."