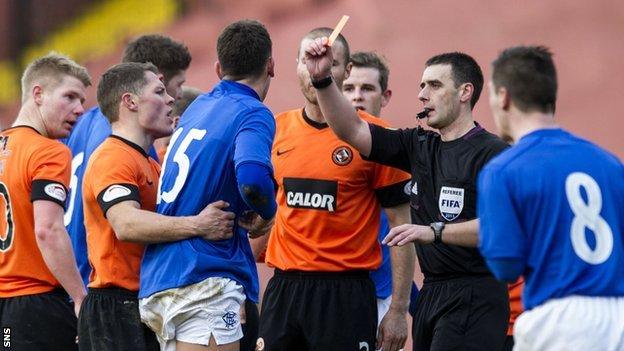 Naismith, 20, was shown a straight red card by referee Euan Norris with five minutes to go after a crude challenge on United midfielder Willo Flood.

The Scottish Football Association has issued the player with the ban after reading Norris's match report.

Naismith wrote on Twitter that he was "gutted" at the decision.

The suspension means Naismith will miss Rangers' fixtures with Queen's Park this weekend and Clyde at Broadwood on 16 February.

Naismith tweeted: "Gutted to be honest. Every time I feel there's a chance for me something happens, only myself to blame this time! Going to be a long 2 weeks..."