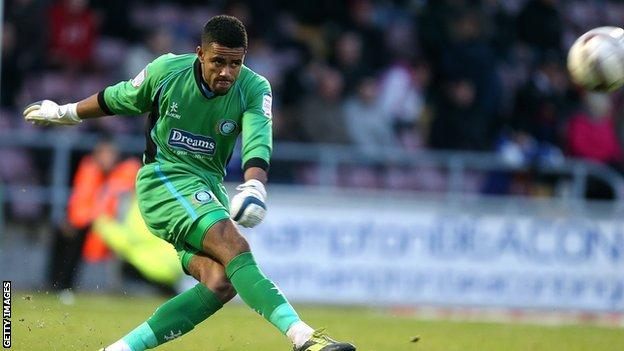 Kent Police confirmed a 17-year-old has been arrested on suspicion of assault following the incident.

As a football club we can't condone (what happened). None of us are happy with that

The supporter jumped on top of the 19-year-old, who is on loan from Tottenham, in injury time.

The player did not receive treatment, was not hurt and carried on for the remaining few seconds of the match at Priestfield Stadium.

Kent Police said on Tuesday: "A 17-year-old was arrested on suspicion of assault and is currently in custody following an incident in the 93rd minute of the Gillingham v Wycombe match last night."

"They give the rest of the Gillingham fans a bad name.

"I know Jordan, he's a tough lad. I don't want to comment on it too much but everyone's OK."

Gills boss Martin Allen added: "As a football club we can't condone (what happened). None of us are happy with that."