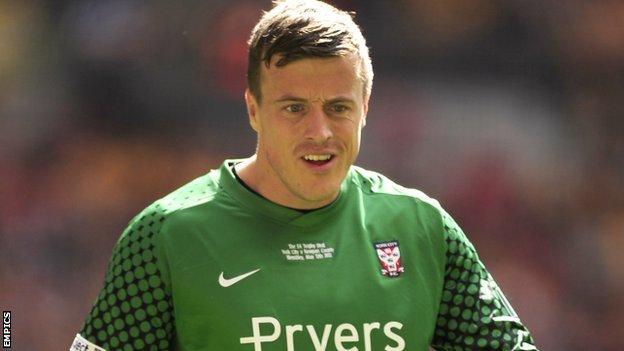 Gillingham failed to return to the top of League Two after they could only muster a draw at York.

Cody McDonald came close to putting the Gills in front when he looped a header into Michael Ingham's arms before later shooting just wide.

Minstermen forward Michael Rankine had a header from Ashley Chambers's corner blocked on the line by Leon Legge.

Neither side could find a winner, although Gillingham's Charlie Lee hit the crossbar from 30 yards late on.

"I thought from start to finish today it was a wholehearted and committed performance to get a result and a clean sheet.

"After what we've been through over the last couple of weeks it's not been easy for us but to come out at home and put in a performance like that I thought my players were outstanding.

"We've conceded goals and everybody looks at the back four and the goa keeper but it's got to start from the front.

"Michael Rankine's performance tonight was immense. It's possibly what we've been missing a little bit."

"When you play any team that's on the back of a 4-0 hammering, you're going to have your work cut out.

"We stepped higher up the field in the second half and went after them and played very well.

"I would normally go for the win but I had to draw back and keep the right balance. Four points from two away games is a good tally."