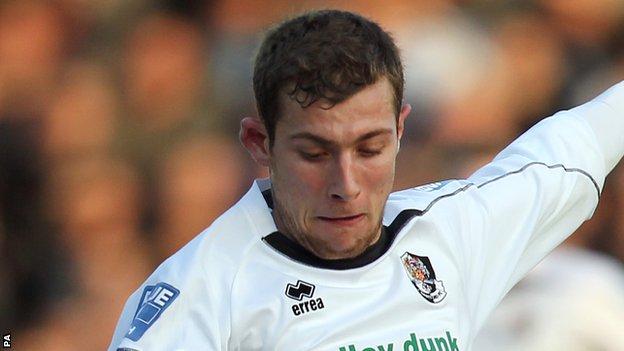 Ryan Hayes' strike proved to be enough for Dartford to complete the league double over play-off chasing Luton.

In a quiet first-half, Hatters goalkeeper Mark Tyler did well to keep Nathan Collier's shot from creeping in.

Early in the second half, Darts keeper Marcus Bettinelli saved smartly from both Andre Gray and JJ O'Donnell.

And the hosts made Luton pay for these missed chances when Hayes scored what proved to be the winner, curling in from the edge of the area.

"It's a great result. The guys worked really hard off the back of the defeat away to Lincoln.

"We had to play a certain system that we don't like to play at home but it paid off. Lee [Noble] played behind Nathan [Collier] and put in an excellent performance.

"We've defended better tonight. The unit was a lot stronger than over the past few weeks.

"It was a wonderful goal and he's done that on a regular basis. I've got to give Ryan [Hayes] credit, he's been very consistent this season. I thought it was an outstanding individual goal."

"We have to be honest with each other and it wasn't good enough tonight.

"It's true we haven't got out of this division for four seasons now, so there's a realism. I've come to the club to change things around and to try and get us out.

"What I would say is we're still in it [the promotion race]. We're disappointed with the result tonight but at the same time we're in a tough division.

"I can't wait for Saturday's game [against Millwall in the FA Cup] to come and go. I hope we win it - whether it's a distraction I don't know. But we're very up and down at the moment."