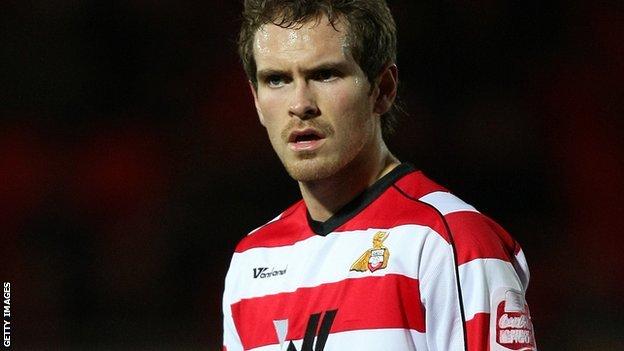 Doncaster missed the chance to go top of League One as they failed to beat MK Dons at the Keepmoat Stadium.

Doncaster, who had lost their last two games, should have gone ahead but Andy Griffin missed the target and Martin Woods shot over the bar from 15 yards.

But it finished goalless as MK Dons ended a three-match losing streak.

The visitors had a late chance to win it when McLeod burst into the Doncaster penalty area with only two minutes remaining and he passed to substitute Adam Chicksen, whose shot from 18 yards was well blocked.

Doncaster would have gone top with a win but have now drawn one and lost two of their last three matches.

They trail new leaders Bournemouth by one point, while MK Dons are 12th and 10 points off the League One play-offs.

"There were chances at both ends and good displays by many players.

"The ingredient from the last two games is missing now which I'm pleased about.

"We had a game-plan and we stuck to it, which was important tonight, even at this stage of the season, that we make some amends on the previous two games.

"It's important, even at home that you set out yourself not to lose a game."

"How have we not won that? Did they have a shot on target?

"We've come to a team second in the league and we deserved all three points and didn't get them.

"The referee was appalling. His performance wasn't acceptable. When people want to kick us and shove us and should be sent off - it's not going for us."