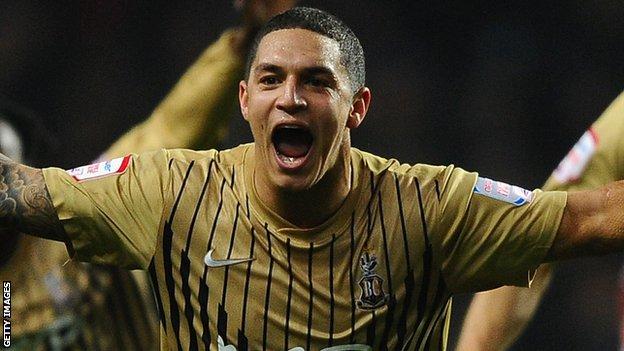 Nathan Doyle did his hopes of selection for the Capital One Cup final the power of good as he scored twice as Bradford got a first win in seven league games.

Doyle's half-volley found the bottom corner inside the first minute after a long throw, before Josh Scowen came close with a header for Wycombe.

Garry Thompson hit the bar for Bradford before two late goals for the Bantams.