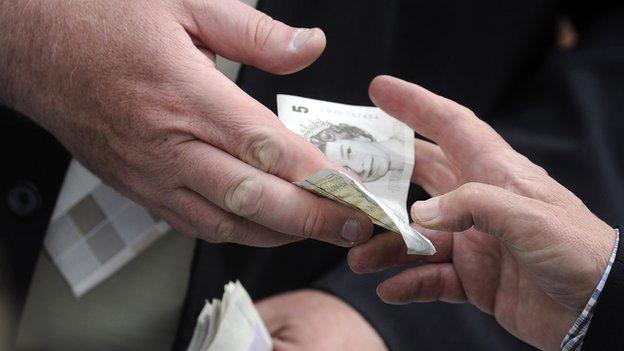 It was not a big surprise.

Before I explain why there were no big surprises, let us step back for a moment, and explain how we got to this situation.

We have all heard the news of the shocking Europol media conference on Monday However, all of this excitement begs a key question - why now? What is going on in international football, indeed many other sports, that means we are suddenly hearing all this talk of fixing?

Fixing and corruption in sport has a long history. If you were to go to the site of the ancient Olympics in Greece you would find, outside the ruins of the stadium, remains of statues to their Gods. The statues were paid for by athletes and coaches who were caught cheating. Sports corruption goes back at least 2,800 years and some type of corruption will be with us for as long we continue to hold competitive sports. It is simply a part of human nature.

However, we of this generation, are facing something almost entirely new. It is a contemporary form of match-fixing - as if someone had taken fixing and injected it with steroids.

It is an utterly modern phenomenon and if we do not fight it properly, it will destroy many sports as we know them. This new form of corruption will, like a tsunami, sweep aside all other issues and leave some sports dead and destroyed.

The key to the new form of fixing is globalisation. In the last ten years, the sports gambling market has - like the music and travel industry - been utterly transformed. Now, gamblers in any part of the world can place a bet on almost any professional sports event in almost any country of the world.

What this means is that the Asian gambling market, which is far, far bigger than the European and North American market, has a huge amount of cash to bet on small matches. Today, at their press conference, Europol said the biggest amount gambled on one of the fixed matches had been £121,000.

There are about 20 to 30 fixers who travel the world fixing sporting events. They regard themselves as "brokers" rather than fixers. They form alliances with local criminals, who in turn are able to form connections with corrupt players, referees and team officials.

The Asian criminals deal with fixing the gambling market by placing bets in such a way that no-one suspects the games are fixed. In this way, there is a network of corruption that stretches quite literally around the world.

How 'matches were fixed'

Police say gang members around the world were tasked with maintaining contacts with corrupt players and officials. Laszlo Angeli, a Hungarian prosecutor, gave an example of how it worked: "The Hungarian member, who was immediately below the Singapore head, was in touch with Hungarian referees who could then attempt to swing matches at which they officiated around the world. Accomplices would then place bets on the internet or by phone with bookmakers in Asia, where bets that would be illegal in Europe were accepted."

The fixers have operated in Asia, Africa, Latin America, North America and, particularly, Europe. There is now a line of badly affected leagues that is slowly moving west across Europe. Essentially, they dovetail with the former Soviet Empire, so countries like Bulgaria, Poland or Hungary have all been badly hit. Few football fans in those countries regard their sport with any degree of serious credibility.

However, it is not exclusively an ex-Soviet phenomenon - Turkey, Greece and Italy have also been hit with massive corruption scandals. What the current Europol investigation clearly demonstrates is that the line is moving closer to the UK.

For example, Germany, Belgium, Switzerland, Austria and Finland have all had scandals linked to fixed matches. This summer Norway had its first taste of the infamy that the fixers can bring to a league when there were suspicious matches in their third division.

The line taken by many British football fans has always been "only foreigners are corrupt". This is dangerously naive. A non-corrupt league is like the myth of the "unsinkable ship". It does not exist. There will always be, as the ancient Greeks knew, some risk of corruption.

I do not mean that there is rampant fixing in British football. But I do mean that the British leagues have a very small window of opportunity to get themselves ready to fight off this new form of corruption.

Football officials must start to put into place new forms of protection for the game. One defence is a proper and well-resourced anti-addiction program for players and referees. Gambling is part of the culture for many young British players and some of them risk, and lose, a staggering amount of their wages in gambling.

The Football Associations need to establish problem-gambling counselling and a clause in the players' contracts that allows them to seek help for addictive behaviour without it damaging their professional success. They need to back this up with a full-time integrity officer and a well-designed hotline for sports people to be able to anonymously report corrupt approaches.

If the British Football Associations implement these reforms, they stand a good chance of being able to beat back the modern form of fixing. If not, then UK football may be hit with a major scandal on its own shores.