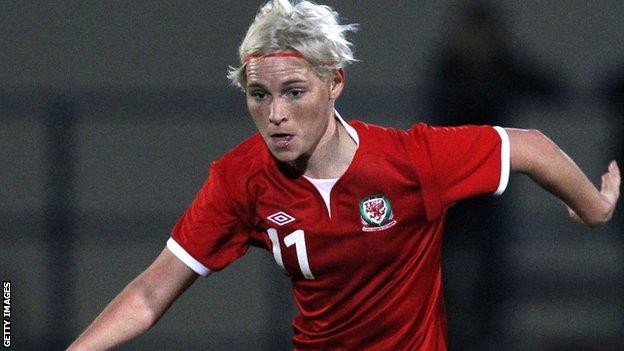 Jessica Fishlock hopes her move to the newly formed National Soccer Women's League in the United States will raise the profile of Welsh women's football.

The 26-year-old believes Welsh players are often overlooked and do not receive the recognition they deserve.

"Hopefully me going over there will do something for Wales and put us on the map. It can only help," said Fishlock.

Fishlock, who has won 66 caps, will join a Seattle squad that includes American, Canadian and Mexican internationals.

She was recruited by head coach Laura Harvey, who guided Arsenal to a third successive league title in 2012.

"For me, this is massive. Being from Wales, it's difficult to get out there and be noticed and get the recognition you deserve for all the hard work," said Fishlock, who was overlooked for the Great Britain team at the 2012 London Olympics.

"I've had a really good 18 months and this is a recognition of that. It's America, it's a professional league and I'll be playing with and against the best players in the world.

"I can't really put it into words what it means, but it's massive. I'm just so excited and can't wait to start a new adventure."