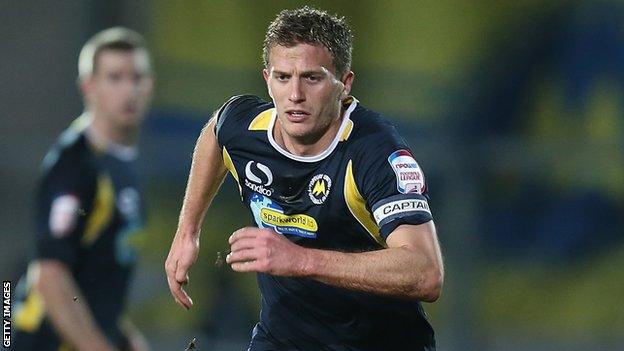 Torquay captain Lee Mansell says his team-mates have to believe that they are good enough to be a play-off side.

The Gulls are nine points adrift of the play-offs after their on Saturday having won just once in their last eight games.

"We have to believe that we're a play-off side," Mansell told BBC Devon.

"I believe we're a play-off side, I think a few of the lads in the changing room need to believe that and switch on to the fact that we're a good squad."

Torquay have reached the League Two play-offs for the past two seasons, losing in the final to Stevenage in 2011 and in the semi-finals to Cheltenham at the end of the last campaign.

Last season the Gulls and were in the automatic promotion places before failing to win any of their final five league games and dropping into the play-off spots.

But this season the Gulls have won back-to-back matches just twice and are firmly in mid-table.

"We know we're a good squad, it's no fluke that we've been in the play-offs twice in two years," Mansell said.

"Sometimes you have to look back on things that you were doing right and at the moment we need to do that.

"There's no reason why we can't do it. There's good lads in there and good pros in there who work hard week in, week out and young lads who are going to have to learn quickly as we need that as well."