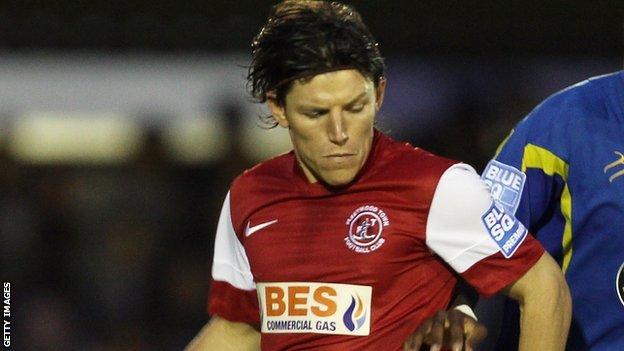 The 25-year-old joined Harriers on non-contract terms in December, after his exit from Blue Square Bet North leaders Chester, who could not guarantee him first-team football.

The former Altrincham and Fleetwood man only made three substitute appearances for Kidderminster prior to his release.

During his time at Harriers, he was sent off in their win at Mansfield.

Kidderminster Harriers have lost only twice in the league since October, and currently lie fifth in the table.