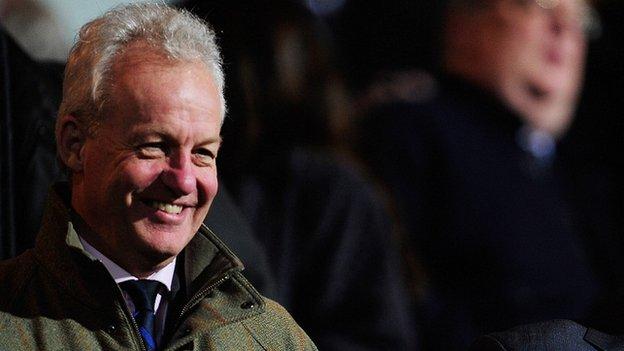 Simon Clegg is stepping down from his role as Ipswich Town chief executive.

The former British Olympic Association chief joined the Suffolk club four years ago, saying his goal was to re-establish them in the top flight.

However, Ipswich have failed to mount a serious promotion challenge in that time and finished 15th last season.

"Following a review of the club's management structure and the Financial Fair Play budgeting requirements, it became clear we would need to operate differently going forward and Simon and I mutually agreed it was time for him to seek new opportunities," he commented.

Clegg arrived at Ipswich in April 2009, shortly before the appointment of former Manchester United captain Roy Keane as manager.

Keane could not repeat his success in guiding Sunderland into the Premier League and he was replaced by Paul Jewell in January 2011.

Explaining his decision to leave the club, Clegg said: "As a result of the strategic review, it is clear that moving towards break-even will challenge all clubs, not just Ipswich Town.

"At the top of our agenda, and quite rightly, has been the priority to protect the playing budget.

"This, coupled with the owner's intention to play a more hands-on role has led me to the decision that now is the right time to seek a new challenge."